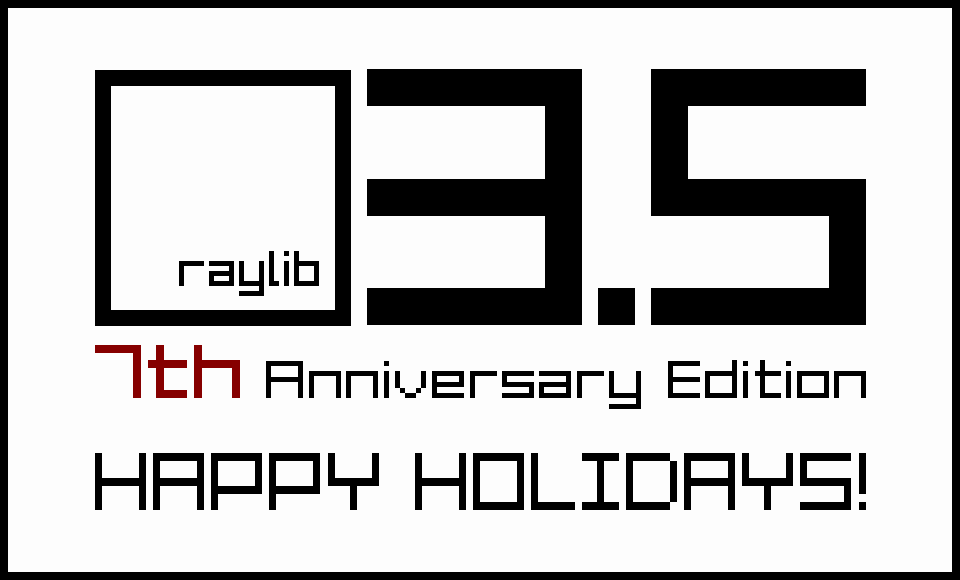 It's December 25th... this crazy 2020 is about to finish and finally the holidays gave me some time to put a new version of raylib. It's been 9 months since last release and last November raylib become 7 years old... I was not able to release this new version back then but here it is. Many changes and improvements have happened in those months and, even, last August, raylib was awarded with an Epic Megagrant! Bindings list kept growing to +50 programming languages and some new platforms have been supported. Let's see this new version details:

First, some general numbers of this new update:

A part of those changes, many new functions have been added, some redundant functions removed and many functions have been reviewed for consistency with the full API (function name, parameters name and order, code formatting...). Again, this release represents is a great improvement for raylib and marks the way forward for the library. Make sure to check CHANGELOG for details! Hope you enjoy it!

A simple and easy-to-use library to enjoy videogames programming.